Fighting Fraud on the Front Line at #FraudWars 2019

On 20th November 2019, fifty University of Leeds students gathered at the inaugural Fraud Wars Hackathon on to see what fighting fraud on the front line is really like.

The event, sponsored by University of Leeds, Barclays and Simudyne, saw students go head to head in an all-day simulation at the new £40m Nexus Building on the university campus. Fraud Wars has been two years in the making and was an exciting opportunity to demonstrate the power of agent-based modeling in tackling real-world problems.

“I haven’t been in the Nexus Building before and it was such a good venue for a hackathon. I hope they hold more events here!” – Student in the Bank team 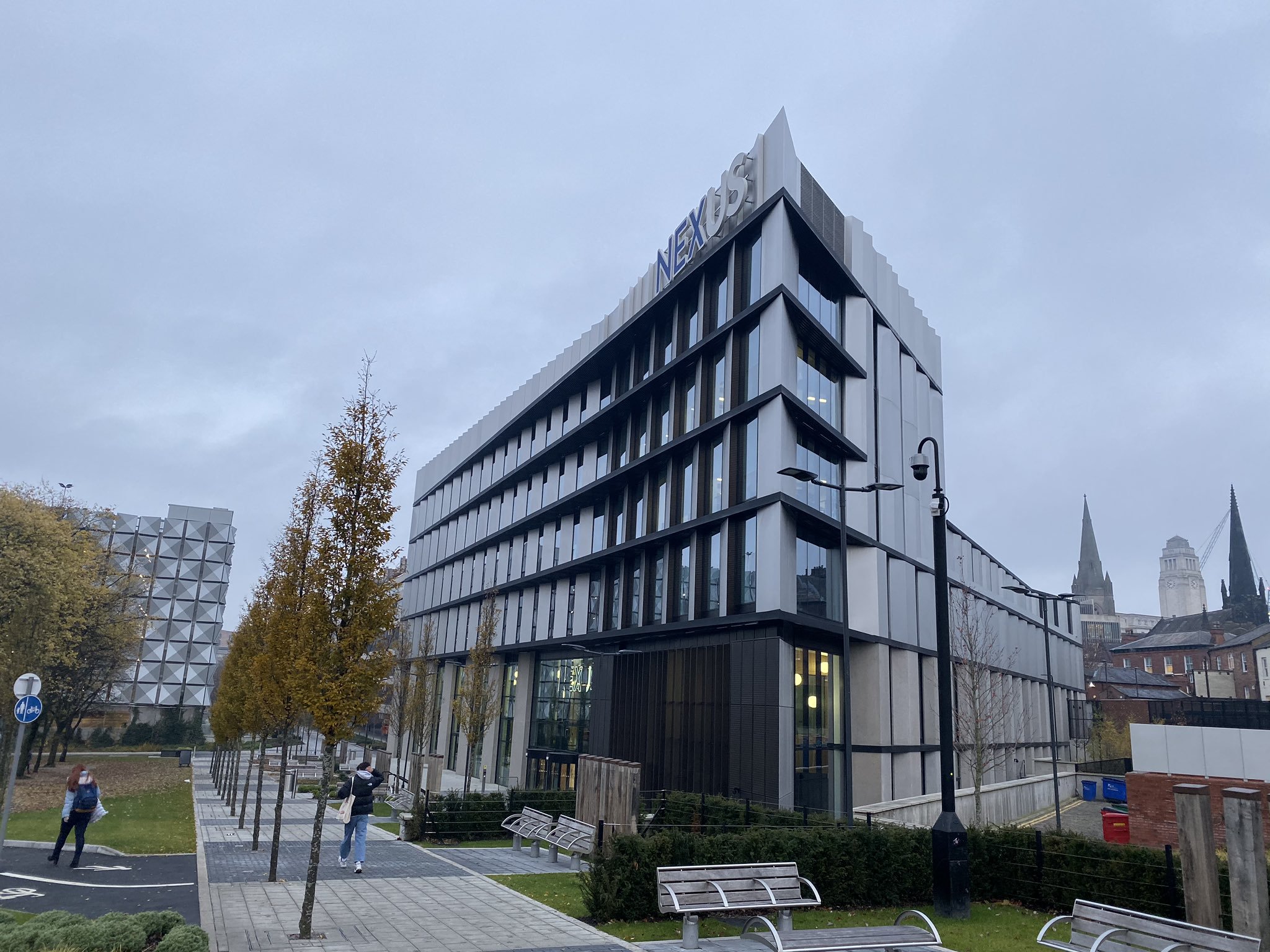 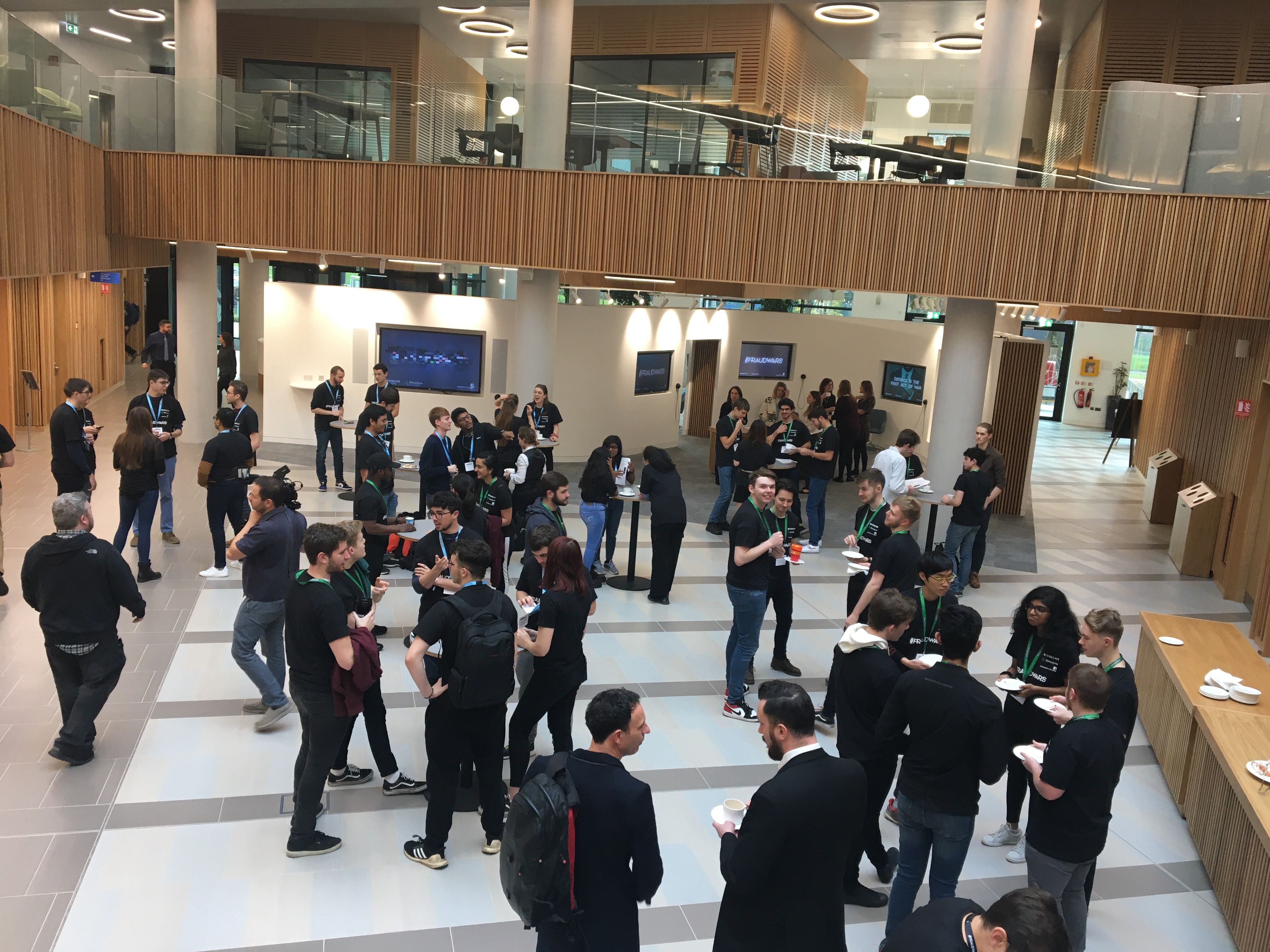 Following breakfast in the foyer at 9am, we gathered in the Auditorium to hear the opening speeches from Justin Lyon (CEO, Simudyne), Andy Elphick (Innovation Execution Director, Barclays) and Iain Clacher (Pro Dean International, University of Leeds).

After an overview of the game from Jiyan Babaie-Harmon (Simulation Engineer, Simudyne), the students split into two groups for their debrief. One side played the role of bankers defending their organization against fraudulent transactions, and the other a group of fraudsters looking to break their defenses.

The game took place on a fictitious island, simulated using the agent-based modeling capabilities of Simudyne’s SDK. The simulated environment contained 100,000 customers who purchased goods and services from 200 merchants, along with the bank and group of fraudsters.

With five teams of fraudsters and five teams of bankers pitted against each other, the aim of the game was to beat their opponent and earn the most points by either detecting or committing the most fraud. The students were a mix of computer scientists, mathematics and law undergraduates, and each team had at least one Python expert to help them analyze the data in their Jupyter notebook that was provided prior to the event.

Following a trial run where the teams got to grips with the rules and the data needed to implement their strategies, we ran four consecutive rounds (and a break for lunch!). It was great to see the different approaches the students took when playing the game, as well as the enthusiasm they all had for simulation. Whilst a clear winner emerged early on from the fraud side, the bank teams were neck and neck until the last round. 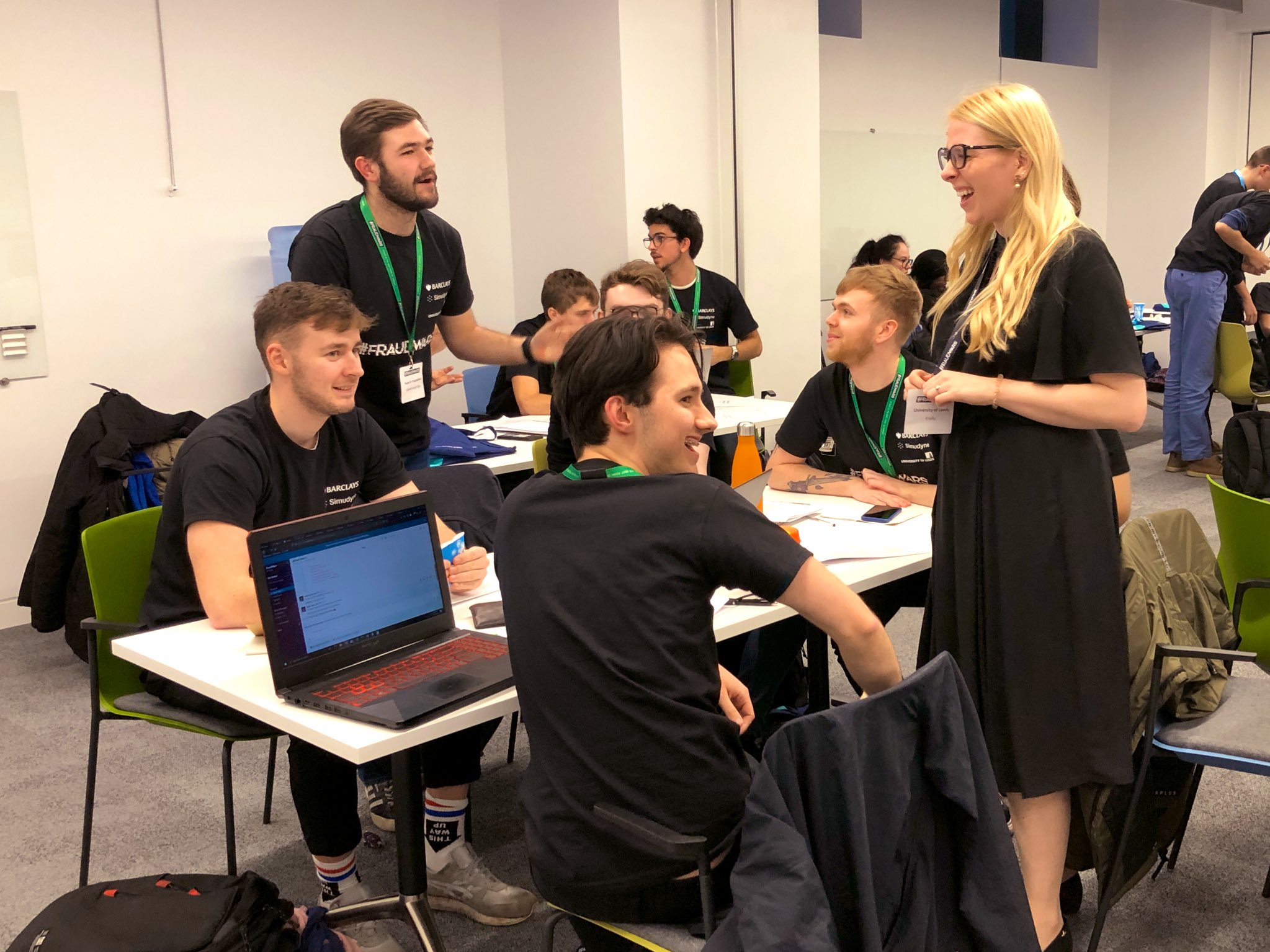 “We were really curious to see how the other teams used their data. It seems like everyone had really different approaches to the challenge” – Student working in the Fraud team

The two winning teams ended up being those in direct competition with each other: Fraud Team E and Bank Team E. Despite being a team of only three, Fraud Team E worked in an agile way to implement their winning strategy, whilst Bank Team E used their data analysis to defend their position and earn a steady score in each round. 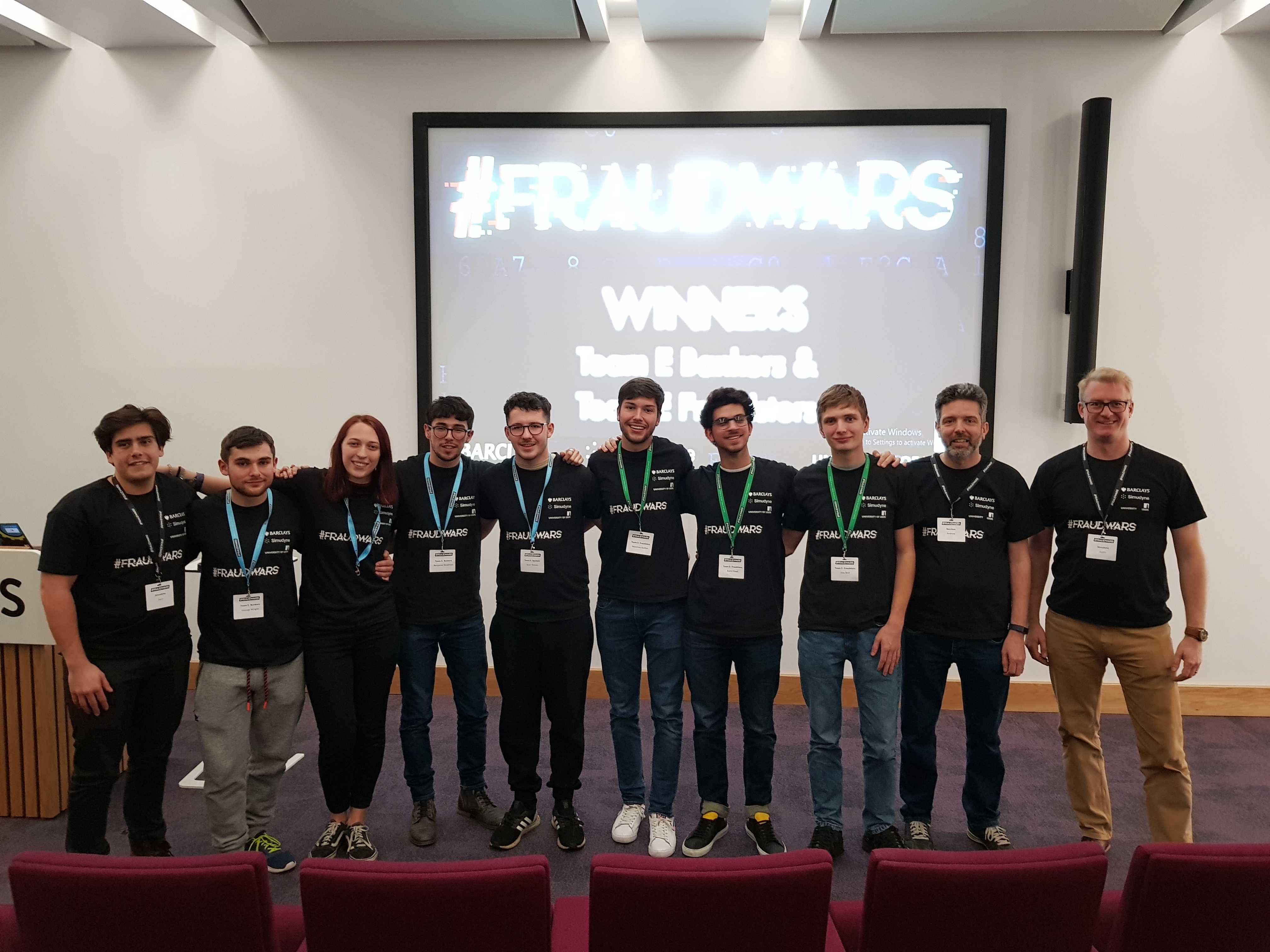 The day ended with the prize giving for the winning team. All seven winning students will be travelling to London for an exclusive insight day at Barclays and Simudyne, where they’ll get an in-depth look at how simulation and agent-based modeling can be used in a commercial environment. We can’t wait to have them join us!

A big thank you to all students who took part and helped make the day a success, as well as our partners at Barclays and University of Leeds.

Watch this space for the next Fraud Wars event, coming to a university near you soon. 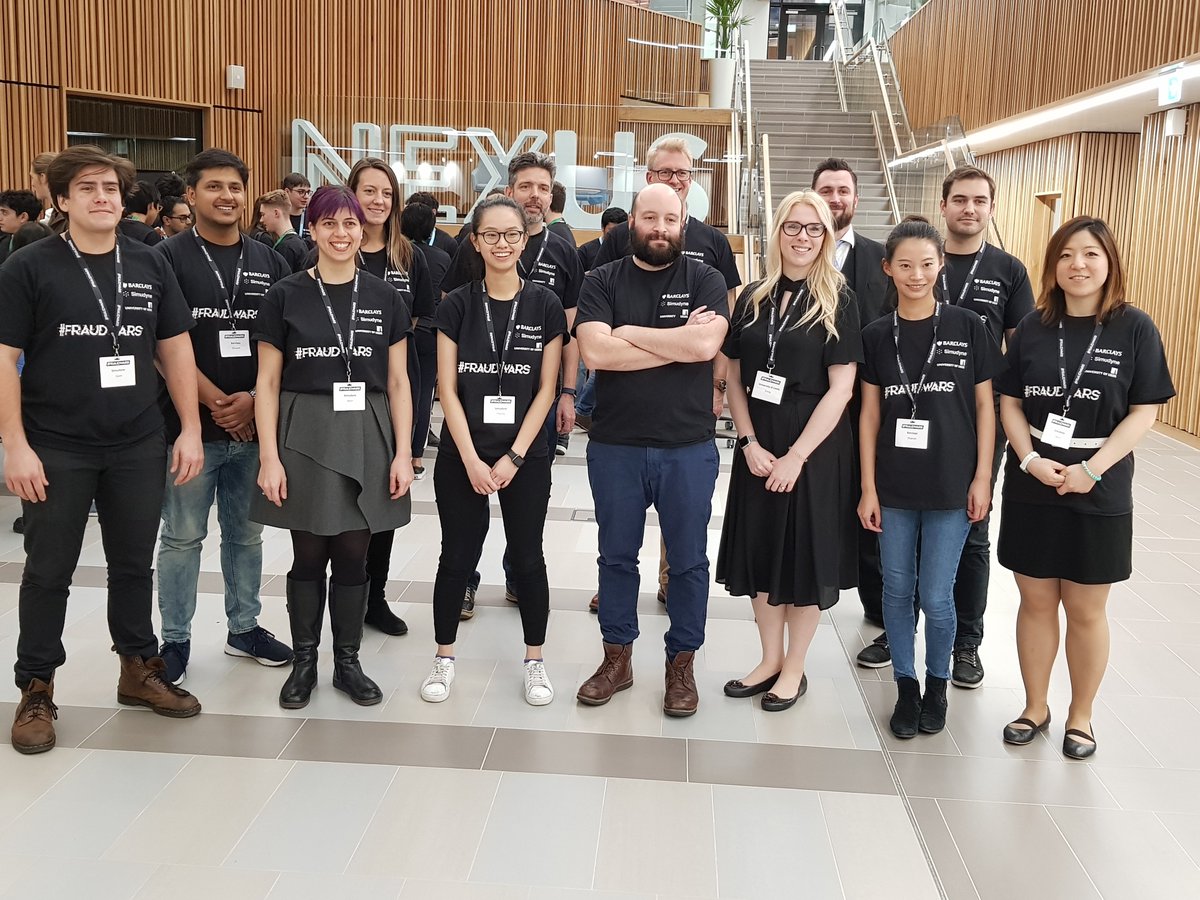